1 in 44 kids in the United States with autism 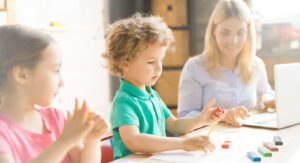 1 in 44 kids in the United States with autism

More than two percent of 8-year-old children in the United States are identified with autism (ASD). This information came according to the CDC. This means that autism prevalence in American children is 1 in 44. In a previous analysis conducted in March 2020, a prevalence of 1 in 54 children with ASD was found. This was written by VeryWell Health.

Sohl said collecting data from the same communities allows researchers to compare information within those communities over time.

In addition, the report found that:

– boys are four times more likely than girls to identify with ASD;

– the findings show no racial differences;

– more than 35% of children with ASD had difficulty in academic achievements.

Jack Scott, Ph.D., says it is important to remember that the assessment is “based on 8-year-old children living in 11 communities. This does not represent the entire population of children in the United States.”

Scott said the Autism Society is urging the CDC to increase the number of countries. This includes areas representing large population centers.

Where does autism start?

A new study claims to show for the first time that ASD begins in the womb. So, another examines possible environmental impacts on autism development. ASD is a physical condition, which is related to abnormal biology and brain chemistry.

Genes seem to play an important role in the development of autism. Identical twins, for example, are more likely to both have autism than non-identical twins. Some things are allegedly related to autism but not scientifically proven. These include the nutritional diet of the mother. Changes in the digestive system, poisonings from mercury, problems with the processing of vitamins and minerals in the body, as well as vaccines.

While physical activity is important to all, people with special needs do not exercise as much as the rest of their peers. There is so much research aimed at helping individuals with autism. Whether it be to improve their academic performance, social skills, and communication skills. /mommytobe.se