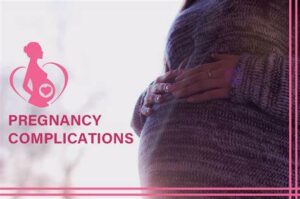 A one-day blood test may be able to predict early pregnancy complications. Whether someone who is pregnant will develop a serious blood pressure disorder – a few months before symptoms appear.

Preeclampsia occurs in about 1 out of 20 pregnancies, usually in the third trimester, and can cause organ damage, brain shock, and premature birth. High blood pressure disorders linked to pregnancy are among the leading causes of mothers’ death worldwide.

The new experimental test includes the discovery and analysis of chemical messages. So, a form of RNA by mother, baby, and placenta. So, this allows doctors to distinguish preeclampsia indices from the 16th to 18th week of pregnancy. Even before symptoms such as high blood pressure, swelling, and protein in urine appear.

Research published in the journal ‘Nature’ found that the test is developed by San Francisco-based Mirvie company. It can accurately identify 75% of women who continue to develop preeclampsia.

“It is often in the first quarter that many of the conditions occur biologically,” although symptoms appear late in pregnancy. Discovering preeclampsia after symptoms appear “leaves you very little time to address the challenge. And it’s mainly crisis management.”